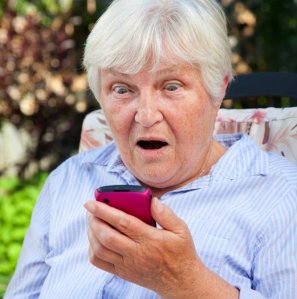 Using technology is a growing trend amongst the elderly, with a recent national survey showing that 45% of 65s and over now play some sort of video game.  Forget Minecraft or Grand Theft Auto, we are talking Soduku, Words With Friends and Solitaire.  These games are being played by elderly people to keep their minds active, stave off dementia, to de-stress and as a social activity.  Now that so many people have a tablet or some sort of mobile device it is easier to play online games. Another trend is that the age at which people start to play online games is getting older.

Researchers at University College in London are hopeful that a game, Sea Hero Quest, will be used as an early diagnostic tool to detect the onset of Alzheimer’s dementia in the future.  Last year the smartphone app was initiated by Alzheimer’s Research UK, disguised as any other fun mobile game. Their ulterior motive was that by using the game they had an “unprecedented chance to study how many thousands of people from different countries and cultures navigate space,” as decreased spacial awareness is one of the first signs of dementia.

The researchers have now unveiled their incredible findings from its 2.4 million users. This amount of data would normally take about 9,400 years in the lab! The have found a gradual decease in spatial awareness from age 19 to 75, with 46% not being accurate by the age of 75.

As I visit Aged Care Facilities frequently in my role as a Placement Consultant, assisting elderly clients and their families to find suitable aged care accommodation, I am seeing more and more residents coming into facilities with computers and laptops.

Working in the cloud is another term we are all hearing more of and is affecting the operations of aged care facilities. One Aged Care Group, privately owned Aegis in Perth, has deployed the Nutanix enterprise cloud platform to support a new care system that improves care for its 2,500 residents. The aged care group has rolled out 400 tablets connecting to the new care system, so their staff can take notes as they are looking after a resident at the point of care, keeping records more accurate and up to date.