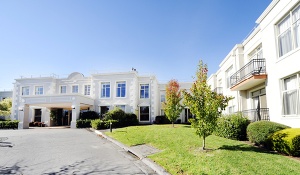 Statistics now available from the Australian Institute of Health and Welfare paint an interesting picture about aged care services. Statistics on aged care for 2016 indicate that the number of aged care places is increasing, with 1.4 times as many places over the last ten years from 2006 to 2016. As an Aged Care Placement Consultant these stats simply prove what I have already witnessed, the number of elderly people needing aged care is noticeably increasing.

Occupancy rates tell us how close to full capacity the care system is, so it was interesting to note that residential care had the highest occupancy rate for 2015/16 financial year at 92% . Transition care at 88% was next, followed by home care at 83%. Occupancy rates are calculated by adding together the total number of days that all people spent in care during the year, then dividing that number by the total number of places that were available. The stats around occupancy rates for residential aged care is concerning but information that the highest number of builds in the building and construction industry recently has been for aged care residential facilities does give some comfort.

Although aged care services can be delivered by any of the following:

So, what are the figures?

The governments spent approximately $17 billion on aged care in 2015/16.

69% of this figure was spent on residential aged care.

Expenditure on residential care was 2.7 times that spent on home care and support.

The break up was – $11.5billion on residential care, $4.3 billion on home care and support.

The government recognises that aged care provision is a growing area with an ageing population. In my role wthin the industry, helping people find suitable aged care accommodation, I hope that the required quality and quantity of residential aged care will be provided well into the future.