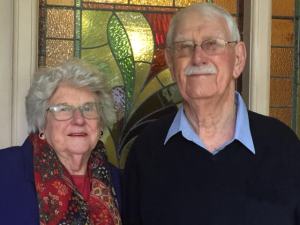 Last week I wrote a blog about future planning for aged care. For Billy and Caroline it paid off. With my help they planned for the day they would move to an aged care facility. Caroline and Billy received an offer from their chosen facility last week, and have gladly accepted it.

Initially they were hesitant to consider moving from their home, despite encouragement to plan for this from both their family and doctor. When I was referred to them in April/May last year they decided to explore the possibilities with my help. Caroline had concerns for the short term that she may need to go to hospital and her husband Billy cannot be left on his own. In the long term they wanted to be together and share a suite. I recommended they get their financials in order so they would be prepared, and referred them to a Financial Planner.  We decided to begin searching in their local area for suitable accommodation.

They continued to manage reasonably well at home with services and assistance from their family until late last year when Caroline needed hospitalisation for a few days. Interim care was arranged for Billy at home but when Caroline had complications and had to stay in hospital longer, I found emergency respite for Billy in one of the homes we had initially visited.  The family were very pleased with the care Billy received but for Caroline it was not the facility where she wanted to spend the rest of her life.

Once Caroline and Billy returned home, she called a family meeting, which I attended, and informed her family that she had decided that it was time for her and Billy to make the transition to permanent residential care. She felt that, should there be another crisis, she did not want this undue pressure put on her family again. They had decided on Kew Gardens Aged Care, so I contacted the facility and asked for their application to be moved from waiting to urgent. Within two months a suite became available. They chose the Kew Gardens aged care facility because it is right across the road from their present home and they already have friends residing there.  Set on the edge of beautiful Kew Gardens, it is aptly named and has a pleasing outlook. They will move shortly. I am so pleased that this transition will be far less stressful for them ,due to their taking action and forward planning. I was happy to assist them in their planning and take pride in doing the best for my clients.