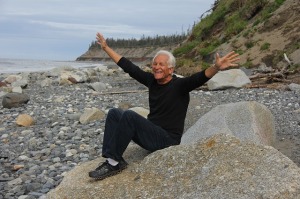 In our rapidly changing society we could go from the present situation where aged care facilities are the biggest construction growth sector to not needing aged care facilities at all! With the recent news that Australian scientists have helped turn back the body clock for elderly mice and their hope of producing an anti-ageing pill for humans, everything could change. Their findings were reported in the Cell journal and Sydney Morning Herald this week

In a five-year study where the elderly mice became as fit and as strong as the younger ones, scientists from Harvard, Massachusetts Institute of Technology and the University of New South Wales fed a compound to elderly mice that increased muscular blood flow, enhanced physical performance and endurance.  The compound called nicotinamide mononucleotide (NMN) is a form of vitamin B3 that is naturally produced by the body.

The study’s lead author Dr Abhirup Das, anti-ageing researcher at the University of NSW, explained that “NMN can make the old cells healthy, and it can increase capillaries and blood flow.”  This is very important, because as people age, their body largely stops building capillaries and blood flow slows down. Cells are starved of oxygen and nutrients, resulting in weakness and frailty. The best way to slow this process is by exercising but the body’s response to exercise declines with age.  This is where the compound comes in; it is virtually exercise in a pill.

Past attempts at producing an anti-ageing pill failed as the compounds used had to pass through the digestive system, which broke it down before it could be effective. The MNM compound converts to something called NAD+ which doesn’t go through the digestive system. Human trials have shown that this compound is safe for consumption. Later this year more human trials will test its effectiveness in the human body.

Currently I am immersed in helping elderly people and their families to find the most suitable and comfortable residence for their golden years when it’s apparent they need a higher level of care than their present circumstance provides. I take great care to investigate the best possibilities for my clients and sometimes even negotiate a better deal for them in their selected aged care facility.  However, I would happily give away my career if this pill becomes widely available and reverses the effects of ageing. It would be wonderful to see my clients and other elderly people enjoying a younger, fit body to carry them through their later years, staying at home and remaining independent.